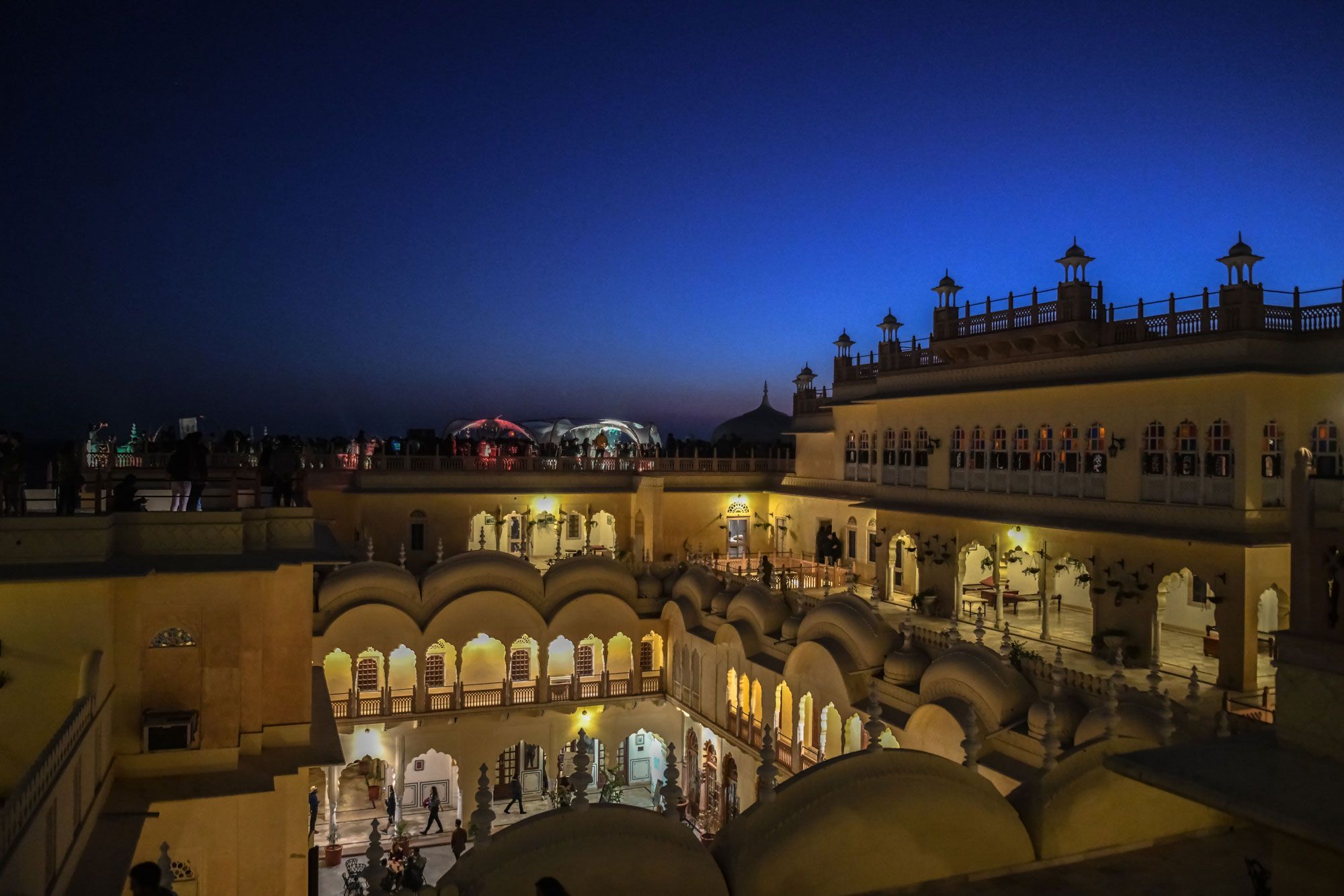 Set in the pristine heritage village of Alsisar in Rajasthan..

Alsisar Mahal is the most recent addition to Alsisar Group of Hotels which has now become an ideal base to explore not only the old historic capital of JhunJhunu but also the whole painted region of Shekhawati.

This majestic palace, spread over a lush 10 acre plot, is situated in village Alsisar which is 23 kms from district headquarters JhunJhunu in Rajasthan.

The regal magnificence of the Alsisar Mahal’s architecture and the splendour of its beautifully decorated interiors are just mesmerising; antique furniture, intricately carved poster beds and medieval delicate Rajasthani motifs on fabric recreates a flavour of luxury living for our guests.

The expansive paved courtyards with quaint lawns and time aged trees lend it a distinctive character to enchant you in its spell, transporting you to the romance and grand style of the royal era.