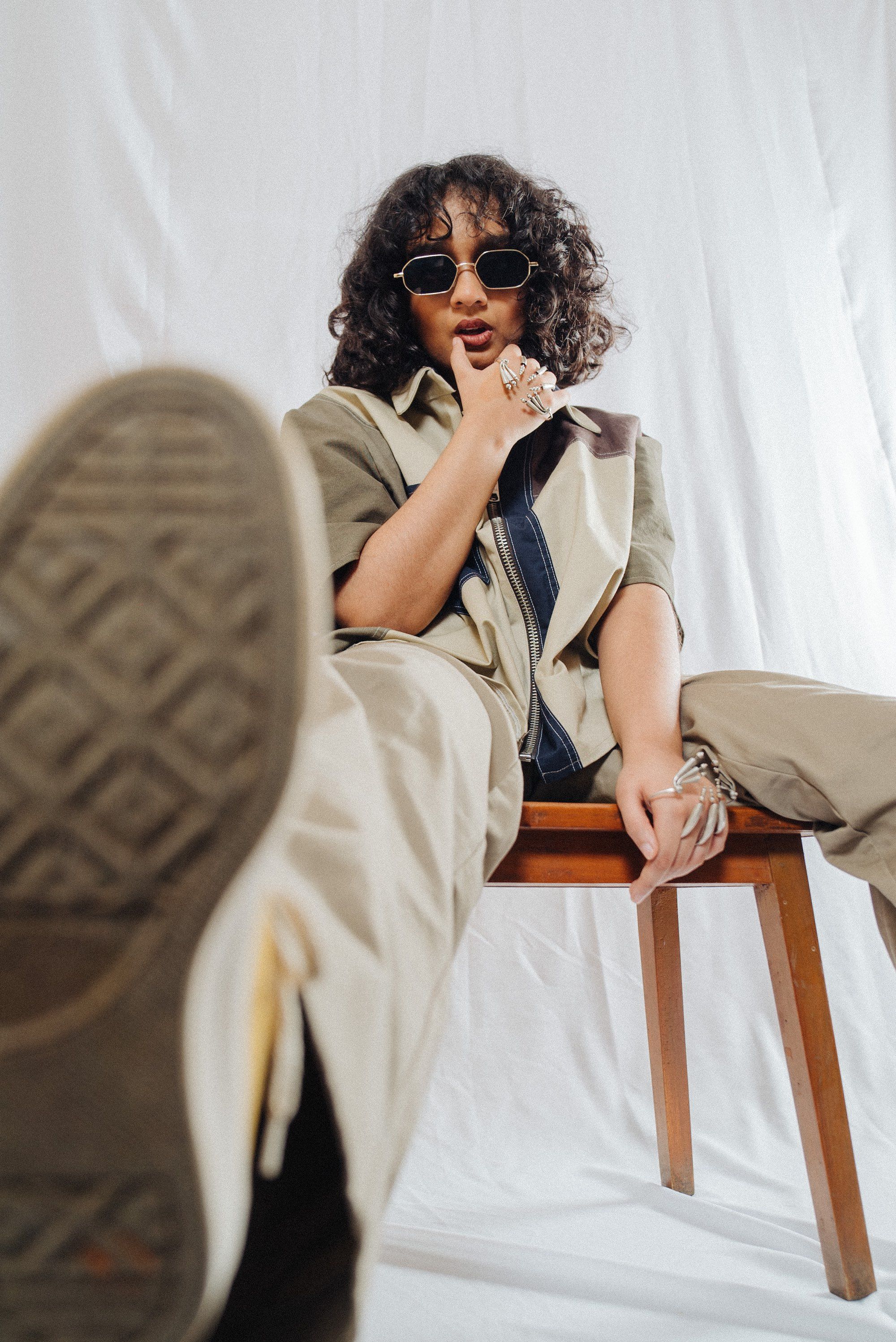 Rudy Mukta is the artistic version of Indian singer-songwriter Rudravajelamukta, who has quickly established herself as one of the most exciting new artists in the indie R&B music ranks on the strength of her forward-thinking, genre-defying sound.

Raised in Bangalore, Rudy Mukta trained in Carnatic music for over 10 years. In 2020, the young talent had borrowed an iPad from a friend at school right before the first lockdowns of 2020 prevented her from returning it for a while, giving her the chance to play around with music production on it. The 18-year-old’s resultant impressive self-produced debut project, ‘Entropy’ was released independently in the following months and continues to gather critical acclaim with each new discovery.