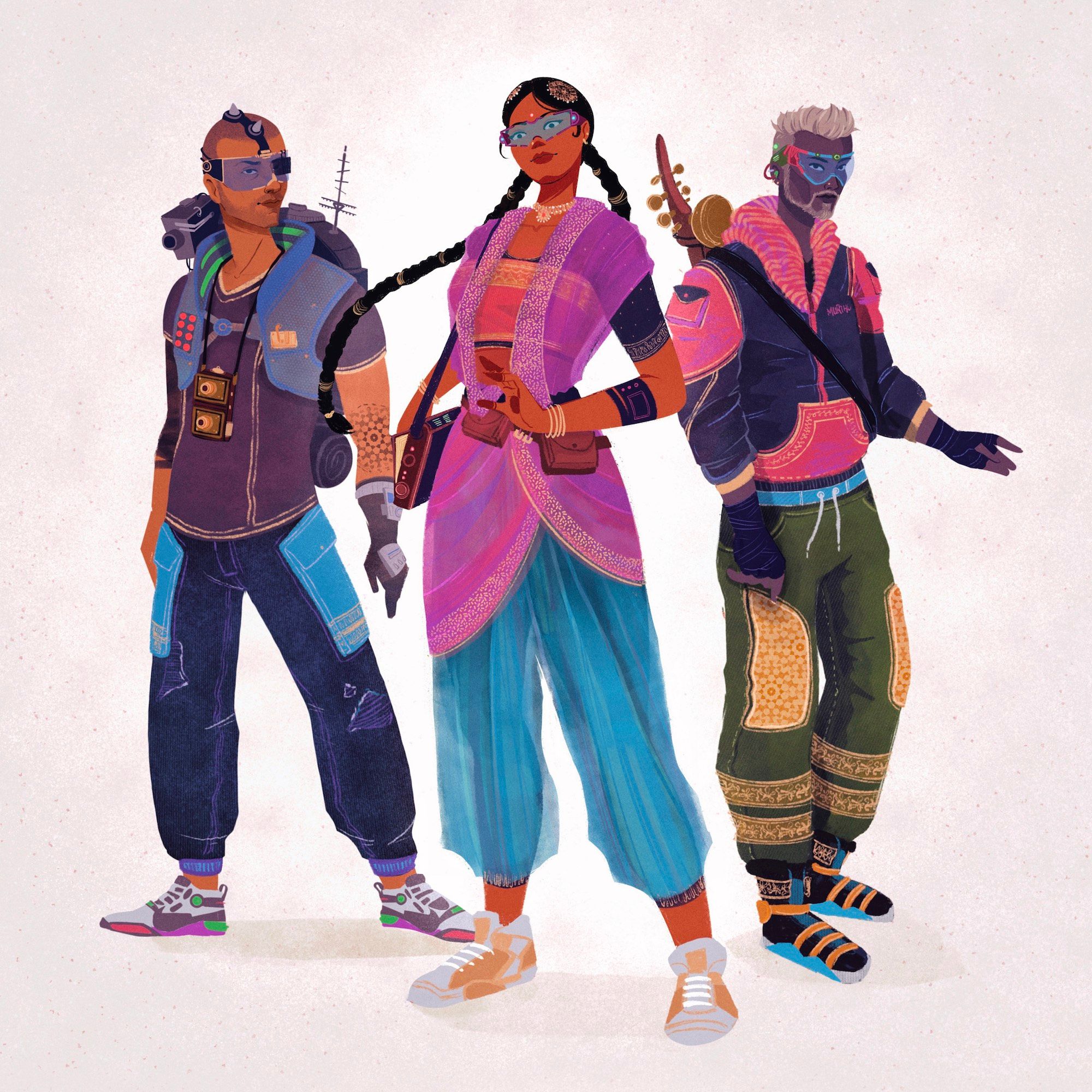 For its India premiere at Magnetic Fields Festival, viewers follow the narrative through the eyes of Meenakshi, a fictional, out-of-work cultural cyborg, struggling to make a living, in the year 2079. Her chance meeting with Murthovic and Thiruda thrusts the trio into an adventure of self-discovery and space exploration.

Elsewhere in India’s musical world takes you on a genre-agnostic journey with stops along the way including all shades of bass, house and techno – all filtered through a South Indian lens. The music includes samples from British and Indian museums, remixed into the songs, reimagining the use of archival sound to explore connections between the classical and hyper-modern.

The project also features local, folk and classical collaborations across genres and generations. Assembled with great care over the past eight months, Murthovic has recorded studio sessions with 50+ artists across South India and Kolkata, while also documenting some of their lives as affected by the pandemic.

It includes ancient string instruments like Yazhal (Indian harp), funeral drums like Parai and rare artefacts like the Panchamukha Vadyam, a five-faced metal drum. It features (among several others) unique musicians like the legendary Dilruba Saroja, who has recorded with the likes of AR Rahman and Illaiyaraj as well as Gana singer Dharani, who is leading the charge for the next generation of performers.

The visuals from the project are produced by Antariksha Studio, responsible for Antara, India’s first cultural adventure video game. They feature Indian artists in a range of styles: digital humans, code-based art, 3D environments and motion capture animation. The visuals incorporate 3D scans of museum objects and moving image archives which amplify the vibrant heritage of everyday life in India through cutting-edge game technology and analog distortion. Thiruda, India’s foremost VJ, marks his return to Magnetic Fields Festival since his last memorable performance closing out the festival in 2015.

In keeping with its post-cyberpunk, indo-futurist ambitions, Elsewhere In India is imagined around themes of activism, pluralism, and sustainability. It attempts to make a larger statement around how artists with the means to express themselves can take ownership of the continuity of culture. All this is delivered by creating a playful, cultural learning environment and soul-replenishing music to deliver the next generation of festival experiences.

The project is produced by Antariksha Studio, and supported by British Council’s India/UK Together Season of Culture, a cultural exchange programme celebrating India’s 75th anniversary and friendship between the UK and India.